I have been fortunate enough to consult the production records at the Aston Martin Heritage Centre in Gaydon and I worked out that the total production run was of 802 cars after taking into account the following points.

- According to the AMOC, DBS/5712/R was destroyed after being used for a crash test. I therefore did not include it.

- DBS/5800/R does not appear in the production register which means it was never built. However, I have managed to identify this DBS which still exists, I have therefore included it in the figures.

-  26 chassis were not included in the DBS 6 cylinder production register as these examples later received V8 engines. They are as follows :

Of the 181 left hand drive cars, 78 are Vantage models including 71 equipped with the manual five-speed ZF gearbox and 7 with the automatic three speed Borg Warner gearbox. 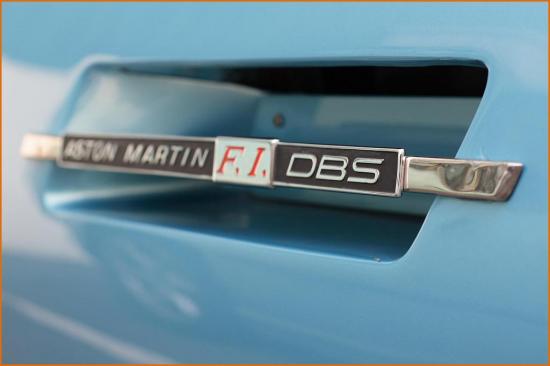 N.B. : I realise that the 802 production number mentioned above (the result of my study of the factory production register) does not correspond to the figure given by the AMOC. My aim is obviously not to call into doubt their work. My conclusions are based on a study of the documents to which I had access, and I am of course ready to correct this figure in relation to any complementary elements I may be given and as a result of the vehicle census I am still undertaking.