The following points should be noted :

- A total of 63 different colours were used.

- 26 were used only once, giving their vehicles their own exclusive colour.

- The first ever DBS (DBS/5001/R) was painted in Dubonnet Rosso, as was the last car (DBS/5829/R). The latter has recently been re-discovered after a long absence and it appears to still be in its original colour.

- The most popular colour was Silver Birch (107 cars) followed by Dubonnet Rosso (80 cars) and Platinum (76 cars).

- Contrary to certain rumours, Bahama Yellow, which was made famous by the DBS driven Lord Brett Sinclair in The Persuaders, was not specially created for the series.  It was already listed in the catalogue and four cars had already been painted in this colour before it was chosen by the series producers for DBS/5636/R.  Another four DBS 6 cylinder cars were later also painted in the same colour, bringing the total number of DBS 6 cylinder cars in Bahama Yellow to nine. 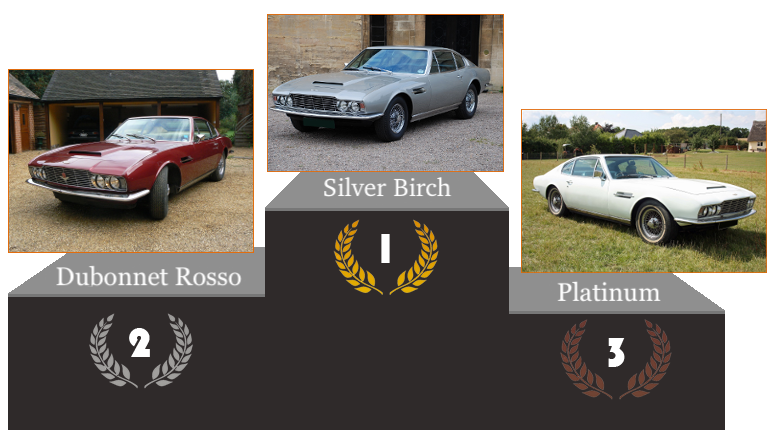